You Are Here: RF Competitionparadox 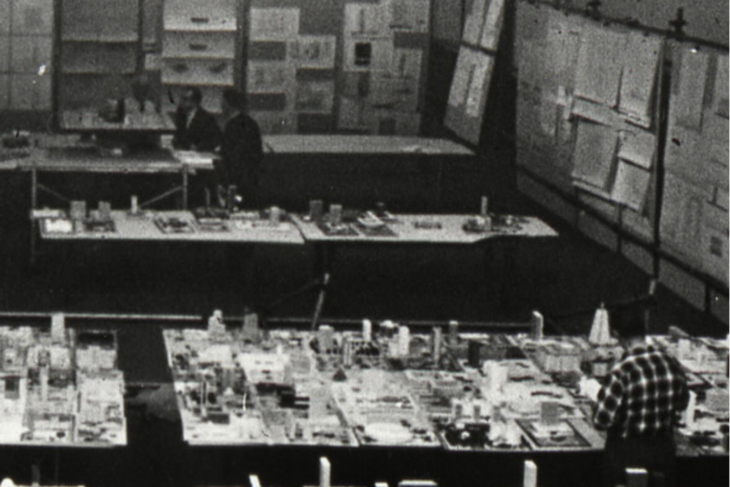 Research Field Part I and II

The practice of awarding architectural services with a preceding planning competition since the end of World War II and the influence on urban planning and architectural design in the case of the city of Aachen is to be investigated.

The recurring discussion of the planning competition as a tool for enhancing building culture is the starting point of the study.

This form of awarding architectural services has been questioned since the 19th century by all actors involved in this process:

Planners criticize increasing restrictions on admission, narrowly defined tasks and the economic efficiency of the process.
Awarding authorities and users are confronted with the challenge of preparing comprehensive invitations to tender, taking into account countless interests, and coordinating procedures within a very limited time frame.
As representatives of the interests of municipalities, cities or federal states, politicians are expected to share responsibility for the consequences of planning competitions, even though their course and outcome can only rarely be estimated in advance due to the complexity of planning processes.
Socially, urban planning and architectural competitions play an increasingly minor role outside of professional circles - the public has the feeling of being presented with a fait accompli without having a say.
The resulting palliative stage of the planning competition is diametrically opposed to the original idea of a democratic procedure for discussing and finding a solution for socially relevant building tasks with a claim to architectural culture.

If a major constructional measure is being considered, preliminary analyses and studies are used to draw up specifications (cf. design tasks at the university), which are made available to a field of participants consisting of architects or urban planners.
Over a period of several months, they develop a design solution for the task.
Most of the time, these are public buildings; more rarely, private developers conduct competitions.
The intention of the architectural competition is to secure the building culture through a spectrum of possible solutions and the resulting discourse.
Competitions are held in open (all architects or site planners are eligible) or closed (seeded and drawn participants) forms.


What is the significance of the topic for students?


Why is Aachen being studied?

The immediate proximity to the RWTH helps with the upcoming research work
Due to the manageable size of the city, the number of competition proceedings is also tangible for the framework of the research field
The initial situation of the city of Aachen after World War II is suitable as a starting point for the field study: On the one hand, because of the high degree of destruction and the necessary reconstruction ("Tabula Rasa").
Attitudes in politics/society and the economy can be transferred to the current discourse if necessary.

The focus will be on field research on competition in architecture using the example of the city of Aachen since the end of World War 2: Procedures are researched, analyzed, broken down, and examined in terms of their significance for the actors involved in the process.

Thereupon, important planning competitions in the city of Aachen since the end of World War II will be analyzed with regard to their impulse effect.

The research work aims at analyzing the upstream planning competition in the practice of awarding architectural services with regard to its impulse effect as an impulse of a causal chain of urban development.

In addition to the process design, which is in the foreground, the associated socio-economic and process-related factors, which influence urban planning and architectural design, are to be considered in the award procedures for architectural services.